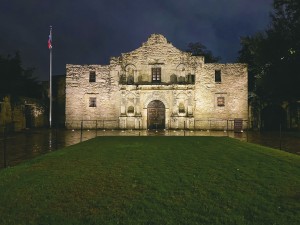 People the world over celebrate the sacrifices our forefathers made at the Battle of the Alamo. The battle itself ranks among the most famous in world history, comparable perhaps only to the Battle of Thermopylae, where Spartan soldiers faced similar odds. The men at the Alamo patriotically stayed to fight, not forgetting what was due to their own honor and that of their country—victory or death. Texas commemorated their lives nearly 100 years ago when the Alamo Cenotaph, or empty tomb, was placed on the battlefield grounds as a way to honor their sacrifices.

But now, under the plan to "re-imagine" the Alamo, there are efforts to physically move the timeless sixty-foot tall Cenotaph to a less prominent location. This not only dishonors our forefathers' sacrifice, but risks permanent damage to the historic memorial.

We thank you for your continued support of liberty in Texas.