Subscribe To Our News
By Freedom Caucus
Wednesday, January 11, 2023 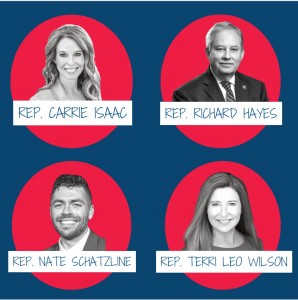 AUSTIN— Heading into the 88th Legislative Session, the Texas Freedom Caucus has expanded to include four new members:

“We are thrilled to add such a well-rounded group of legislators to the Texas Freedom Caucus as we continue our fight in the Texas House,” stated Freedom Caucus Chairman, Representative Matt Schaefer. “Each of these legislators have demonstrated commitment to conservative and liberty-centered values as well as a firm understanding of our mission to provide the Texas grassroots with a voice within the Texas Legislature.”

The Texas House Freedom Caucus’ mission is to amplify the voice of liberty-minded, grassroots Texans who want bold action to protect life, strengthen families, defend the U.S. and Texas Bill of Rights, restrain government, and revitalize personal and economic freedoms in the State of Texas.