Subscribe To Our News
By Freedom Caucus
Monday, April 20, 2020 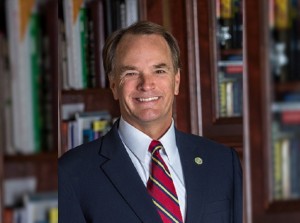 AUSTIN—The Texas Freedom Caucus welcomed Rep. Steve Toth (R-Woodlands) as their newest member during a meeting held last Friday. The caucus now contains eleven members, all of which rank among the top fifteen conservatives in the Texas House of Representatives.

“We’re very happy to have Rep. Toth join the Texas Freedom Caucus,” said Rep. Mayes Middleton, chair of the caucus. “Steve has never been afraid to stand up for liberty, even under tremendous amounts of political pressure. That’s exactly the spirit we need next session to lead Texas out of this crisis, while liberals try to push for even bigger, more wasteful government as a response to the economic downturn. His ability to clearly and succinctly explain basic principles of conservatism will help us immensely in that fight next session.”

Representative Matt Schaefer, vice-chair of the caucus, also congratulated Toth: “Steve is solid. He has been in the trenches in the private sector and in the conservative movement. He loves God and he loves liberty. We are better off with Steve Toth beside us, and we are excited to have him on board.”

Representative Toth described what motivated him to join: “My mission is to boldly fight alongside all freedom-loving conservatives to revitalize personal and economic freedoms in Texas. I’m happy to join the Texas Freedom Caucus after seeing them work on many of the same goals that I have been pushing towards since the beginning of my public service in 2013. I’m grateful for their welcome and look forward to working together to help Texans recover and reopen. Let’s get to work.”

Prev:  Freedom Caucus Formed in the Texas House To Empower Grassroots Texans
Next: Letter to Abbott 4.24