Subscribe To Our News
By Freedom Caucus
Monday, May 04, 2020 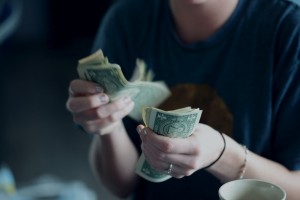 The Texas economy is in a free fall. Two weeks ago, a little over 1.3 million Texans had filed a COVID-19-related unemployment claim with the Texas Workforce Commission. Today, that number exceeds 1.9 million, and it is likely that we will surpass the 2 million mark this week. Uncertainty abounds, but three things are clear: 1) the need for strict fiscal responsibility going into next legislative session; 2) the need for—at the very least—double-digit budget cuts; and 3) in order to implement those cuts, the application of the practice of “zero-based budgeting” on agency budgets.

Taxpayer money should always be used efficiently and effectively, minimizing waste and eliminating opportunities for fraud and abuse, but this idea becomes much more concrete during an economic crisis of this magnitude. The Legislature must treat each and every dollar appropriated next biennium as having much more value than it ever did in the past. Texans hit by this crisis are having to do this with their own family budgets, and they expect the state to do the same—if not more—to take care that their tax dollars are spent on essential services and not wasteful projects.

This is not an easy truth to accept, but it must be said: state budget reductions are inevitable at this point. The state will simply not be able to, nor would we hope it be willing to, collect the revenue necessary to maintain our previous budget when nearly a fifth of the Texas workforce has filed for unemployment. Rather, we must shine a light on every aspect of state government to root out all wasteful and non-essential spending. This is as true for next budget cycle as it is during our current cycle. Although agencies have the power to spend as they regularly do until the 2019–2020 biennium ends, agencies should instead voluntarily begin to curtail their spending now in order to begin preparing for these major reductions.

Texas is furthermore constitutionally required to maintain a balanced budget. This cannot happen under our current spending trajectory. The taxpayers of this state cannot—and should not—sustain another $250 billion biennial budget. Consequently, all state agencies should immediately begin planning a double-digit reduction in spending over the next biennium.

Last Friday, Comptroller Hegar announced that sales tax revenues had fallen by 9.3% in April. Aside from Federal dollars, sales tax collections comprise of over 25% of the state budget. The next largest revenue streams—motor vehicle sales/rentals and motor fuels taxes—are also sure to take a hit economically. In short, there is a massive revenue crisis on the horizon, and we do not think the state should be taken by surprise. With proper planning, Texans can weather this storm. To begin this process, the Texas Freedom Caucus calls on each state agency to immediately identify a minimum of ten percent of non-essential expenditures to eliminate, with further reductions needed if state GDP and personal income fall by more than that amount. Simply put, the Legislature must immediately begin the process of facing the same economic realities in our state budget that hard working Texans are now facing at home with their own budgets. We must make every dollar—every penny—count. At the very least, state government spending must adjust and be reduced to match, or even surpass, the decline in Texans’ personal income. Agencies can begin this process today by building their base budgets from the bottom up—a process known as “zero-based budgeting.”

Zero-based budgeting rejects the common budgeting mantra of “that’s how we did it last year, so that’s how we’ll do it this year,” instead requiring agencies to justify each and every dollar of taxpayer money appropriated. In essence, zero-based budgeting requires agencies to build their budget from the ground up and does away with the idea that agencies are entitled to perpetual growth. It allows the state to investigate whether certain programs should continue to be funded at their current level or even funded at all. This process is not entirely unprecedented. In 2003, the Texas Legislature found itself dealing with a massive $10 billion shortfall, but it dug itself out of that hole—without raising taxes—by implementing a zero-based budgeting strategy across all agencies.

Zero-based budgeting is admittedly a long and arduous process for agencies to perform, but under these economic circumstances, it will be impossible for the Legislature to continue funding agencies at their current levels. Indeed, the Legislature may even have to eliminate funding for entire agencies—agencies like the Texas Racing Commission or the Texas Film Commission—in order to properly fund other agencies that many Texans are relying on for assistance, such as the Texas Workforce Commission. The best method to separate that which can be reduced from that which is essential is through this process. Thus, the members of the Texas Freedom Caucus call upon all state agencies to begin the process of examining their budgets using zero-based budgeting now so that they have an adequate amount of time to prepare for the January 2021 legislative session.

At the end of the day, we must remember that government itself does not have money—it is all taxpayer money. It is our duty as elected representatives to hold those public funds in higher regard than we do our own, and never has that been more important than it is now. This is the only way we can effectively and quickly revitalize the Texas economy. We look forward to working with our colleagues in the House, the Senate, and with Governor Abbott to make this a reality—our future as a state depends on it.