We Must Ban Taxpayer-Funded Lobbyists 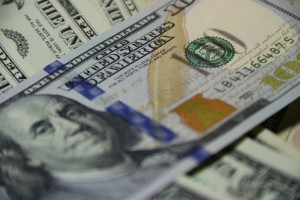 Originally Published in the Boerne Star

Right now, up to $41 million per year of your tax money is being diverted to the pockets of Austin lobbyists. This is your money diverted from essential services like filling potholes, teacher pay, police, and firefighters. Instead, it is spent on lobbyists who are fighting to take even more of your tax money. Most Texans are not even aware that taxpayer-funded lobbying is occurring. Meanwhile, local governmental entities are doing everything they can to hide the practice and keep us in the dark.

What are your tax dollars being spent on?

A statewide poll by a respected polling company showed 91% of Republicans, Democrats, and Independents are opposed to taxpayer-funded lobbying. Yet, the practice continues.

How does taxpayer-funded lobbying even happen?

The Austin taxpayer-funded lobby groups are so afraid of losing their large, taxpayer-funded paychecks, that they are spreading lies and misinformation about the ban with the help of many elected officials. The same groups claim they won’t be able to communicate with legislators if they don’t have registered lobbyists.

One must ask, “If lobbyists are necessary for communication, then why don’t state legislators have lobbyists at school boards, city councils, and commissioners’ courts?” Perhaps it’s because we know we need to do the job we were elected to do—represent our constituents directly.

A ban on taxpayer-funded lobbying encourages the direct communication between local elected officials and state legislators. Local officials should be in touch with their local legislative delegation, not outsourcing this work to Austin lobby firms.

The bill banning taxpayer-funded lobbying only targeted registered lobbyists and wouldn’t have placed restrictions on local elected officials or their staff from communicating with state legislators, advocating for bills, travel expenses to Austin or use of government emails/ phones.

We must double-down on our efforts to end this immoral practice of diverting our money to the pockets of Austin lobbyists. Last session, Rep. Middleton filed the bill to ban this practice. It was sickening when taxpayer-funded lobbyists lined the Texas House Gallery and cheered when the bill failed by 18 votes. Let’s make sure this doesn’t happen again.

In last week’s Republican Primary Election, 94% of voters, over 1.8 million people, voted in favor of banning taxpayer-funded lobbying. The people have spoken, we need to listen and ban taxpayer funded lobbying.